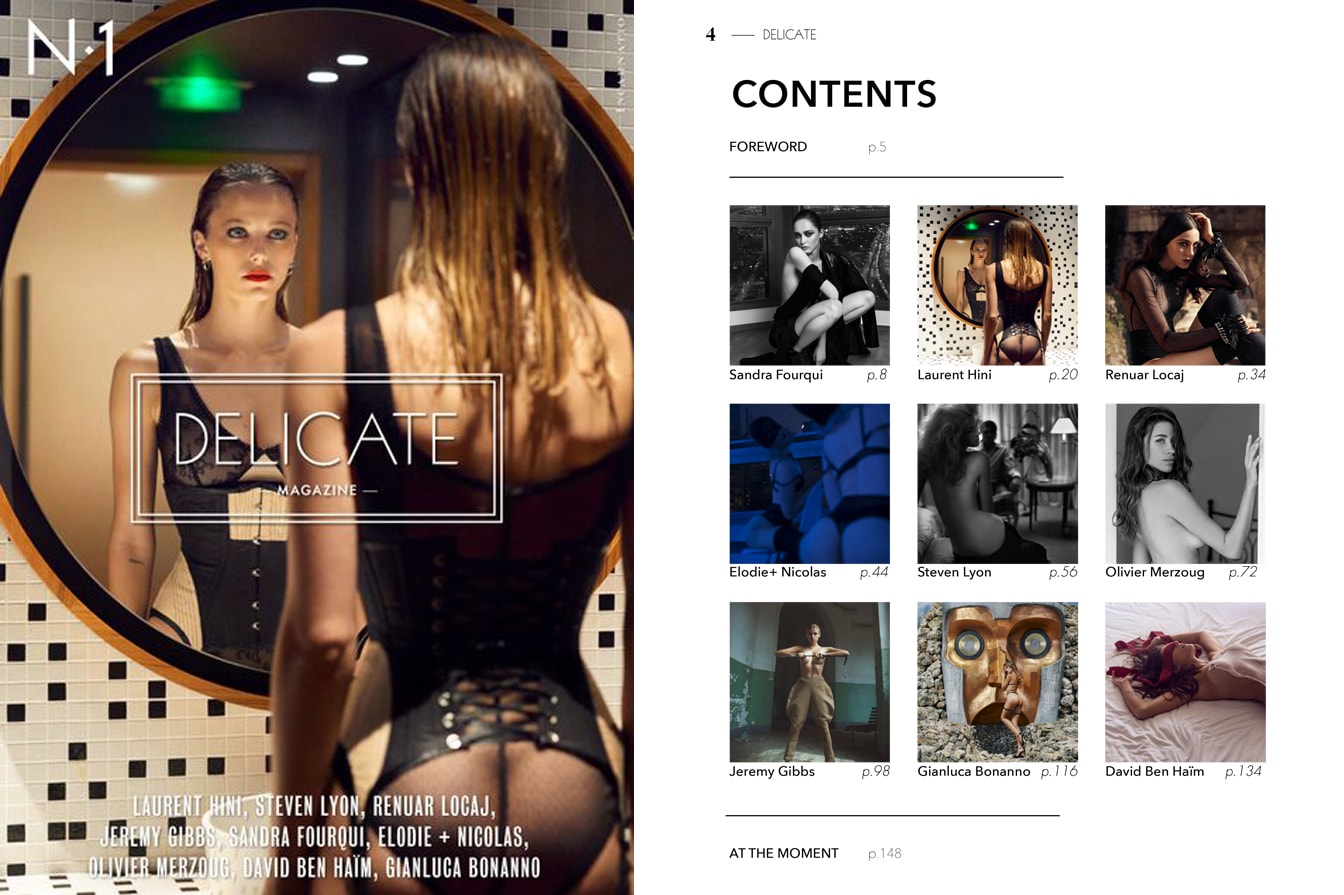 Publication presse dans Délicate Magazine N°1 du mois de mai 2018. “Welcome to the fine and elegant issue of DELICATE Magazine. This publication is entirely devoted to women, all about women. In their intimacy, in their greatness, revealing their strength, their harmony and all the beauty that emerges from them. This magazine is an ode made to women.”